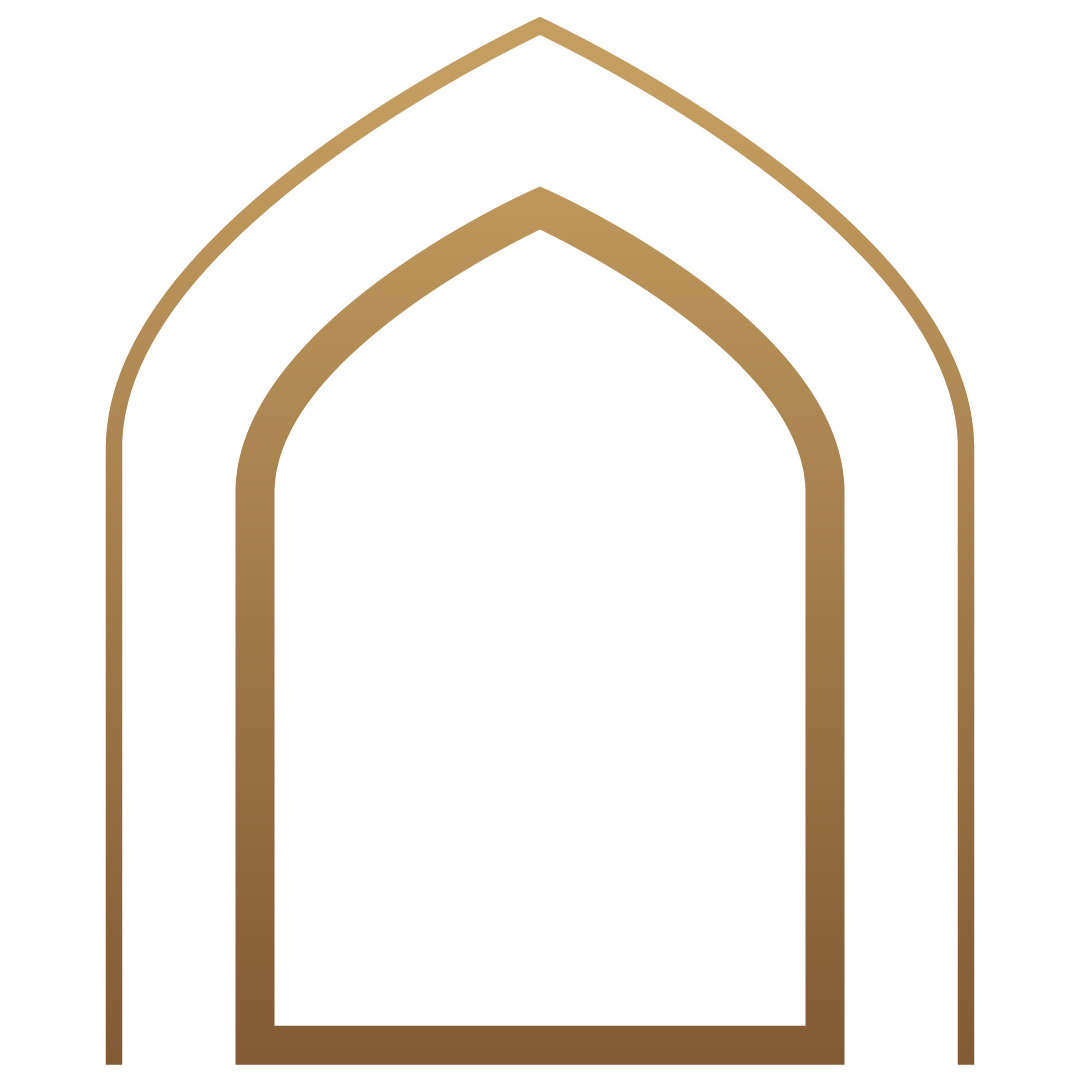 One of the most frequently asked questions among football fans or football betting lovers, whether they bet or not, is which league is the best in the world. We all have a favorite tournament, and if we look globally, the Champions League is clearly the best competition in the world… with permission from the World Cup and the European Championship. Florentino Pérez’s outmoded Superliga was intended to be the best league in the world. If we conduct a quick poll, the Premier League will undoubtedly lead the ranking of football leagues, with the permission of a weakened Spanish League.

Yes, with hundreds of leagues around the world, it is difficult to create a classification of the best leagues in the world. On a European level, we can see that UEFA has quotients for distributing places in its competitions. Thus, the best leagues place four teams in the group stage, others must send a representative to the previous ones, and the weakest begin in the preliminary round. This ranking is determined by the IFFHS rather than FIFA.

Ranking of the 10 best leagues in the world

Here we present the 10 best leagues in the world in 2022 according to the ranking prepared by the IFFHS. Before going on to analyze the different tournaments one by one, we warn you that it is a controversial classification. In fact, any classification based on cold statistics generates debate -what would football be without debate- and in this case it is surprising not because the number 1 is not for the Premier League, but rather because for the first time in history the best league in World football is not European.

Beyond these 10 competitions, which we will talk about in more depth below, we are going to complete the top 20 best leagues in the world. Thus, the Colombian league is in 11th place, ahead of the leagues of Croatia, Serbia, Egypt -the first African tournament-, the Czech Republic, Austria, Turkey, Ecuador, Belgium and Greece. The best Asian league is South Korea (22nd). It is surprising to see the Ukrainian Premier League 27th; just ahead of the Liga MX, or Russian 36th league. Chile (55), Azerbaijan (60) or USA (67) are outside the top 50 best leagues in the world despite the continental presence of their teams.

Without a doubt, the classification’s biggest surprise. This first position is only understood by the overwhelming dominance of Brazilian teams in the Copa Libertadores, with four of the last five titles and the last two finals featuring Brazilian teams. An ideal tournament to meet the stars of the future and to see the last gasps of the cracks that after triumphing in the major European leagues return home to enjoy their last gasps in the world of football.

The Premier League has experienced tremendous growth since its inception in 1991. To this day, its teams dominate the Champions League, it is the championship with the highest income from television and it has the best coaches and footballers. Manchester City, Chelsea and Liverpool are three transatlantic world football players, but it is not uncommon for footballers from upper-middle zone teams from other leagues to go to the weakest teams… or even from the Championship. They have the money and a product that they sell very well, as well as very loyal fans.

The lowest rung on the podium of the best leagues in the world is for Serie A. Calcium was the best league in the world in the ’90s, lost steam with the turn of the century and returns to green laurels thanks to Juve, Inter and Milan after the years of anxiety of the two Milanese teams, for years unable to get into in Champions. Naples vindicating the south, the total football of Atalanta, Roma or Lazio make calcium have raised the level. They are European champions.

It was the best league in the world until recently. However, the departure of Cristiano Ronaldo first and then Messi make him lose ground against other leagues. Dominators of the Champions League in the first half of the previous decade, Spanish teams have struggled to reach 1/4 in recent years. Sevilla and Villarreal have allowed him to score points with his successes in the Europa League, but not enough to get higher.

As in the case of the Bundesliga, the French league is PSG against the rest. The Qatari petrodollars have created a true all-star team of world footballers in Messi, Neymar, and Mbappé. Runners-up in Europe in 2020, they want to be the second French continental champion. The rise of PSG has made historic players such as Olympique de Marseille, Monaco and Olympique de Lyon take a step back from their aspirations, damaging Ligue 1’s reputation both at the IFFHS and UEFA levels.

Sporting, Benfica and Porto give the Portuguese league a presence in Europe, either in the Champions League or in the UEFA Europa League, where we have also recently seen Sporting de Braga stand out. A fourth team that thinks about breaking the hegemony of the three historical ones in an increasingly tight tournament. Their clubs are sellers, specialized in exporting South American talent, and the competition is interesting.

The Dutch league is ahead of the Bundesliga due to Ajax’s significant role in Europe in recent years (Europa League finalist, advancing stages in the Champions League). On an internal level, Ajax and PSV usually have fights practically until the end, with the plus that Feyenoord, AZ Alkmar or other secondary teams join the fight for the title. A very attractive tournament.

Depending on the season, we could boil down the Bundesliga to Bayern and 17 others or Bayer, Borussia and 16 other teams. The middle class previously represented by Bayer, Wolfsburg, Werder Bremen, Schalke 04 or Hamburg -these three in 2nd- has disappeared, and their place is occupied by the new rich, RB Leipzig, but without the ability to overshadow them Bayern. At least the Bavarians give German football a presence in Europe. Of course, their stadiums are always bursting.

One of the most passionate tournaments, but also more complex to understand for the fan due to the constant changes in format. Opening and closing, drag in descents, the Super League… and the current 28-team format. It is the most numerous, and it is not higher due to the weak role of the Argentine teams at the continental level, especially in Libertadores. The drain of talent earlier and earlier is its biggest handicap.

It is surely the great surprise of this top-10, being the only one in the top-10 with two titles per year, the Apertura and the Clausura. Olimpia de Asunción is the undisputed ruler of Paraguayan football, having won 45 titles and not missing any of the Guarani tournament’s 116 editions. They are followed by the current Clausura (Cerro Porteo, 34) and Apertura champions (Libertad, 21). Their teams are regulars at the semifinals in the Copa Sudamericana, which explains why they are there.

In 1991, the International Federation of Football History and Statistics (IFFHS) began to classify the different First Division championships around the world based on a series of parameters. This makes the classification change from one year to the next, especially with the growth of competitions such as the Australian A-League, the Chinese Super League, the United States MLS or other leagues fueled by Persian Gulf petrodollars The IFFHS is based on the following criteria to accomplish this:

We reiterate that this football league ranking is based on IFFHS criteria. However, we all know that the Premier League is the most followed league in the world, although games like El Clásico arouse an interest that others like the London derbies or Manchester United-Liverpool do not.

This is nothing more than a reflection of the difficulty in defining which is the best league for sportsbetting in the world, either based on objective criteria such as those used by the IFFHS or on our subjective criteria. A problem that we would not have in sports like basketball, where we all know that the NBA is the best league in the world, but that is repeated in others like tennis and the debate about which is the best grand slam. 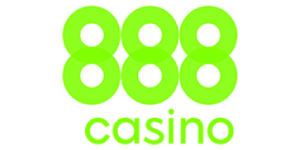